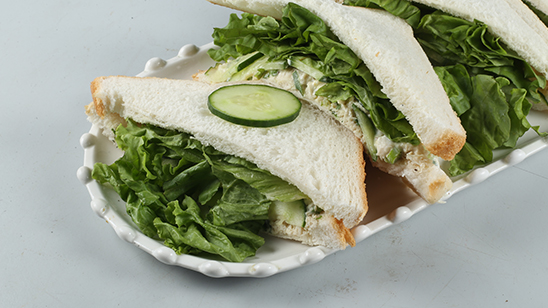 Chicken Salad Sandwich a time saving, healthy and delicious sub that you can make and eat anytime. Try it and share this with your loved ones.

Watch this Masala TV video to learn how to make Chicken Salad Sandwich and Profiterole Tower Recipes. This show of Food Diaries with Chef Zarnak Sidhwa aired on 20 September 2021.

Method:
Combine all ingredients and mix well. Season with salt and pepper to taste. Serve as a sandwich or over salad.

Method:
For Choux Pastry, Pour the water into a pan and add the butter, sugar and pinch of salt. Bring to the boil slowly and boil for 1 minute. Add the flour in one go. Cook for a few minutes, beating all the time, until the mixture comes away from the sides of the pan cleanly and is smooth. Leave to cool for 5 minutes. Transfer the cooled mixture to a large bowl and beat in the eggs, gradually adding one at a time, then continue to beat until the mixture is smooth and shiny, about 2 more minutes. Spoon the mixture into a piping bag fitted with a large, plain nozzle, then pipe 10cm-long éclair shapes onto a baking sheet. Smooth out any bumps with the tip of a wet finger. Bake at 180 degrees C for 25–30 minutes until golden brown and crisp. Remove from the oven and transfer the éclairs from the baking tray to a wire rack to cool. Using the tip of a sharp knife, pierce a hole in the rounded end of each éclair. Place the éclairs on their sides and return to the oven for a further 5 minutes so that they become dry and crisp. Remove from the oven and cool on a wire rack.

Make the chocolate sauce, by putting the sugar, cocoa and golden syrup in a pan with 200ml water. Let it boil, remove from the heat and stir in the chocolate until it has melted. Pour into a bowl and leave to cool, then cover and chill.

For the almond brittle, heat the sugar in a steel pan without stirring. When it is melted and turns a golden caramel colour, add the almonds and pour the caramel straight onto a silicon sheet or lid, tilting to spread as thinly as possible. Once cold and set, bash the brittle in a mortar and pestle to get small pieces.

For the filling, beat the chocolate spread with half the icing sugar and half the cream and whip to soft peaks. Beat the remaining cream with the remaining icing sugar and coffee essence to soft peaks.
When the profiteroles are cold, you’re ready to assemble. Poke holes in the bottom of each bun with a small piping nozzle. Spoon both fillings into separate piping bags fitted with small nozzles, and pipe into 15 profiteroles each.
To assemble, dunk each profiterole in the chocolate sauce to cover the top as you stack on a serving plate. Sprinkle over the nutty brittle shards and serve the profiterole tower. 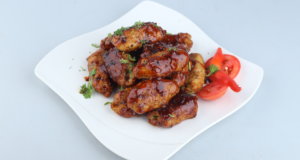 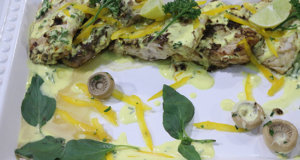 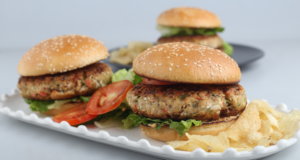 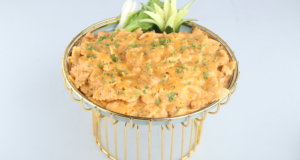 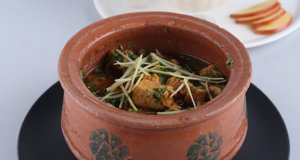 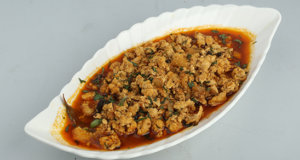 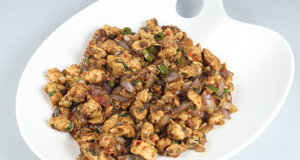 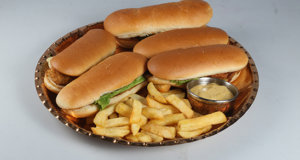 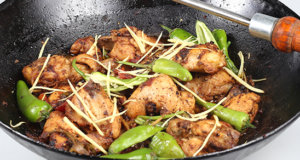 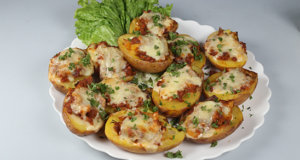 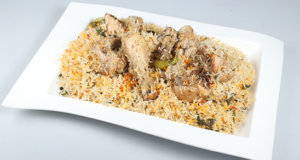