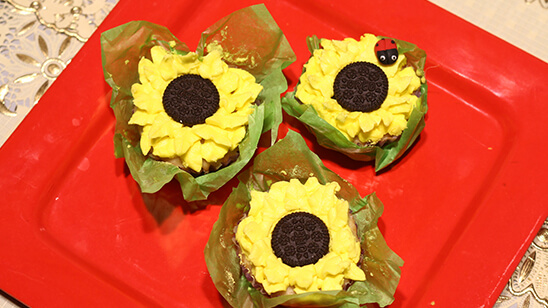 These Sunflower Cupcakes cupcakes are not just pretty looking but also perfectly moist and delicious.

Watch this Masala TV video to learn how to make Sunflower Cupcakes Bouquet , Cheese Burger Cupcakes and Cupcakes In A Jar Recipes. This show of Masala Mornings with Shireen Anwar aired on 5 February 2021.

Apply little frosting in the center of the cupcake. Place chocolate cookie on top. Now using yellow butter cream frosting filled in a piping bag and use leaf nozzle, make petals to complete sunflower. Repeat this for all cupcakes. Fix cupcakes in prepared basket/bucket with green tissue attached.

You may cover each cupcake with green tissue and add some leaves to enhance to look of bouquet.

FOR THE VANILLA BUTTERCREAM FROSTING:

Sift together the flour, baking powder and salt in a medium bowl and set aside. Then in a large bowl, using hand mixer or stand mixer, beat butter and sugar together until light and fluffy, about 3 minutes. Beat in egg, vanilla extract and water. Add one third of the flour mixture to the butter mixture, beat well, then beat in half of the buttermilk. Beat in another third of flour mixture, then second half of buttermilk. End with last third half of flour mixture. Beat until well combined, making sure to scrape down the bowl with a spatula. In a small bowl, mix vinegar and baking soda. And add this to the cake batter and stir well to combine. Fill cupcake pan cavities with batter and bake at 180 c for approx 25 minutes or till toothpick comes out clean. To color or tint your cake batter, you make mix in food colors.

In a large bowl, beat margarine/unsalted butter with electric mixer. Add in vanilla extract. Gradually add sugar, one cup at a time. Beat well on medium speed. Scrape sides and bottom of the bowl. Then add milk at medium speed until light and fluffy. Keep bowl covered with a damp cloth until ready to use. For best results, keep the icing bowl in the refrigerator when not in use. Refrigerator it in an air tight container, this icing can be stored for 2 weeks. Rewhip before using.

Cut each vanilla cupcake in half which will be used as burger bun. Cut circles from chocolate cake or chocolate brownie to make burger patty. Assemble the burger by first placing burger patty on bottom part of cut cupcake. Then place fondant cheese slice, lettuce and ketchup made from frosting. Place top part of cupcake on top. Fix using toothpick if required.

Wash and completely dry the glass jars. Remove the cupcake liners from each cupcake. (If any). Cut the colored cupcakes in multiple layers. Assemble cupcake layers in jars alternately with frosting. Lastly decorate top with frosting, sprinkles and fondant decorations. 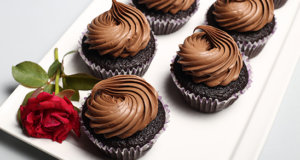 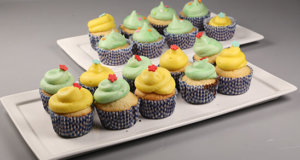 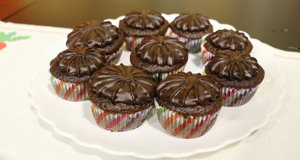 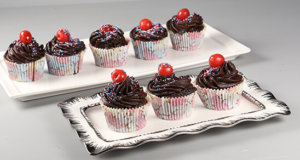 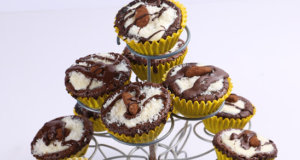 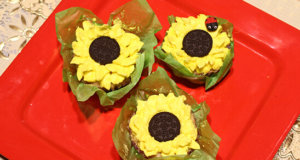 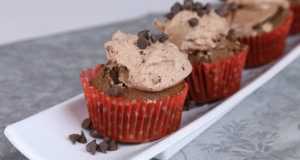 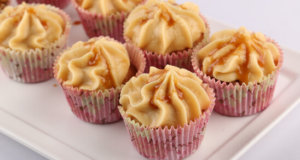 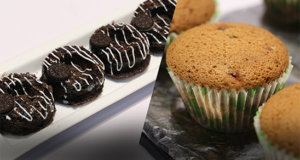 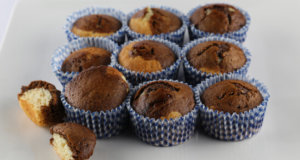 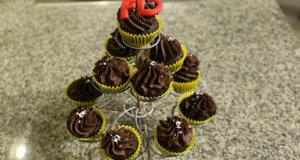 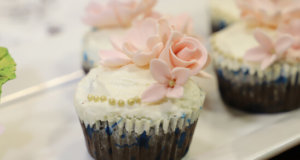